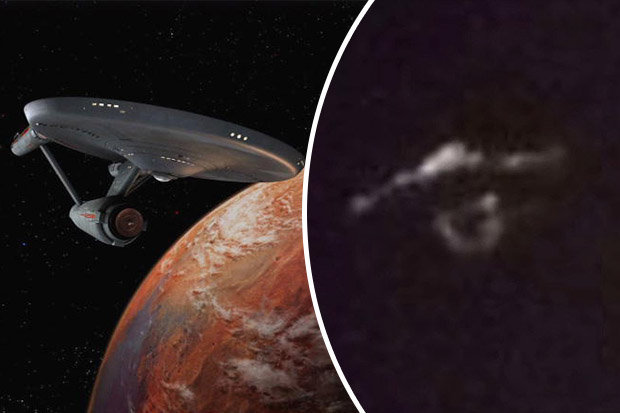 WOW: The amazing sight of a Star Trek spaceship was spotted in the sky

Chad Haines was gobsmacked as he snapped the strange sight in Clarenville, Canada.

It hovered before moving up and down and then shooting out of sight quickly, Chad added.

He claims it was definitely not a plane and was far too big to be a drone. 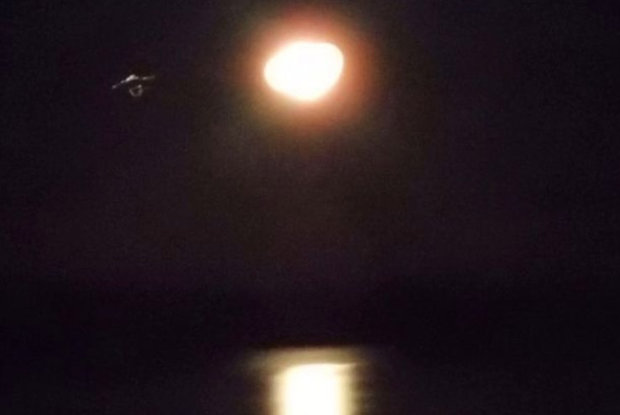 EERIE: Can you spot the UFO which looks strikingly like a Star Trek spaceship in this pic ?

“It was out there for two or three hours. I couldn’t believe it”

He told local media: “It was out there for two or three hours.

“I couldn’t believe it.”

The snap was uploaded to YouTube by Tyler Glockner, UFO hunter and founder of Secure Team 10.

In the video he says: “Something’s caught flying in the skies over Canada.

“It looks like a saucer, it kind of looks like the Star Trek ship from the TV series.”

According to Tyler, a UFO was spotted in the same place back in 1978.

The strange cigar-shaped craft hovering over Random Island was reported by a police officer.

While mysterious “alien coffins” were discovered near ancient pyramids.

And Daily Star Online revealed what you should do if you aliens invade Earth – you never know when you’ll need it.