Tattoo artist Lee Piercey, 35, posted footage online after spotting the two orbs in the sky from his garden.

The dad-of-three could not believe his eyes when he saw the lights hovering above the ferry terminal from his home in Seacombe on December 27.

Lee, who also runs the YouTube channel Urbex Paranormal, said he watched the lights for around 30 seconds when he began filming. 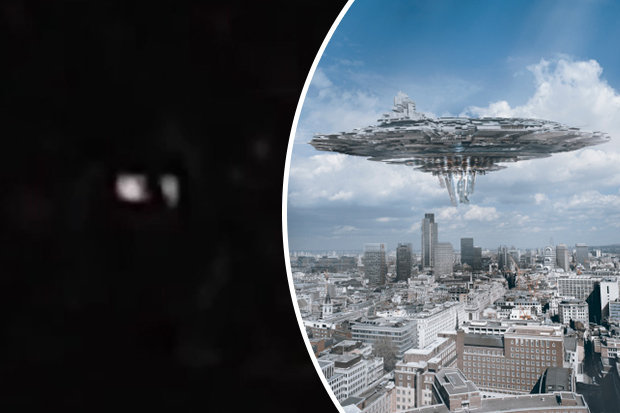 BAFFLED: These two lights were spotted in the skies above Liverpool

“The only other option is a UFO. I have no idea what that was ”

He told the Liverpool Echo: “It can only be one of three things; a drone which I doubt, it could be a helicopter but then there was no noise, and I see helicopters all the time around here.

“The only other option is a UFO. I have no idea what that was.”

Lee said he initially believed the light was a bright star.

But when a second orb appeared to emerge from the initial light he was forced to change his mind and consider they were alien spaceships.

Lee says he owns a drone and did not hear the tell-tale sound of the motors and said the lights were not consistent with what he would expect from a drone.

He said: “You are always going to get people who ridicule you and say it’s fake, but I am used to that.”

Neighbours were baffled as a UFO was spotted above the Devon coast.

Daily Star Online wrote this handy guide on what you should do if aliens invade Earth.

And the 9 craziest UFO sightings of 2016 were revealed – do they prove the existence of aliens?