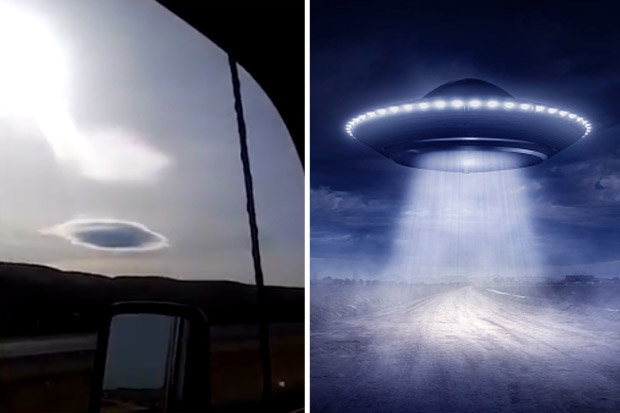 SPOOKY: The UFO hidden in a cloud spotted in Arizona

The video released on YouTube shows what looks like a flat disk-shaped cloud floating through the sky in Arizona.

Anthony Sakowski, who captured the footage, said he thought the cloud could be hiding something more sinister.

He wrote on his blog: “This UFO was noticed when the sun lit it up and caused a disk reflection above it on the clouds.

“Only a metal reflective surface could do this and, as you see, the dark area of the cloud is the actual UFO.

The lighter parts are the thin cloud as the sun shines through it. Even cloaked in a cloud, this is clearly a UFO.

“It’s metallic surface is a different surface than anything in the sky or the ground.”

But others weren’t so sure, saying the footage could be explained more simply by a rare weather phenomenon called a lenticular cloud.

The rare stationary and oval-shaped clouds are often mistaken for UFOs.

The latest reported sighting comes after a bizarre UFO rock baffled experts and sparked fears of an ancient alien civilisation.