The bizarre footage was posted online last week and appears to show a massive illuminated disc move from cloud cover.

Since being shared on YouTube, it has amassed nearly 60,000 hits, with many claiming it is definitive proof of aliens.

The person who shot the video revealed they filmed it in the United States but gave no further location. 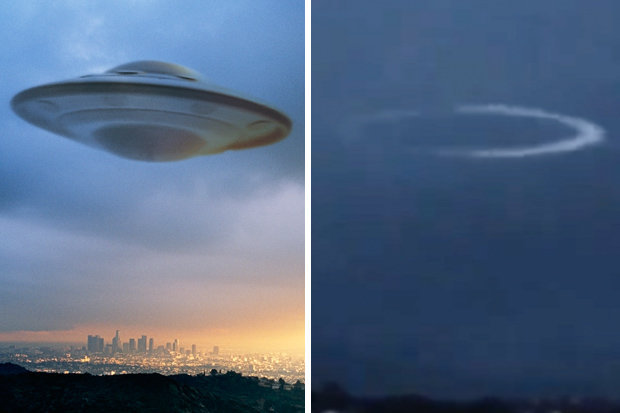 THUNDER: The giant ‘ufo’ appears to emerge out of a storm cloud in the United States

“The UFO becomes visible for 30 seconds and illuminates the sky”

“After the lightning strike, the UFO becomes visible for 30 seconds and illuminates the sky and the surrounding area.

“Then a second lightning strike is heard and the UFO disappears.

“When the UFO disappears the area turns dark again.”

The footage has now been widely shared on alien blogs and websites as further evidence extraterrestrials have visited Earth.

One person commented: “Amazing footage. I’m not surprised the person filming was shaking so much when it became visible.”

Another said: “Similar to what I’ve observed twice.”

But lots of netizens remain unconvinced, with many claiming the video is clearly fake and created using CGI technology.