It then appears to divide six times – but each speck of light stays in a perfect formation.

“When we see this thing divide – it almost looks like it releases an entire group of secondary objects that then move into formations,” Tyler, from Secure Team said. 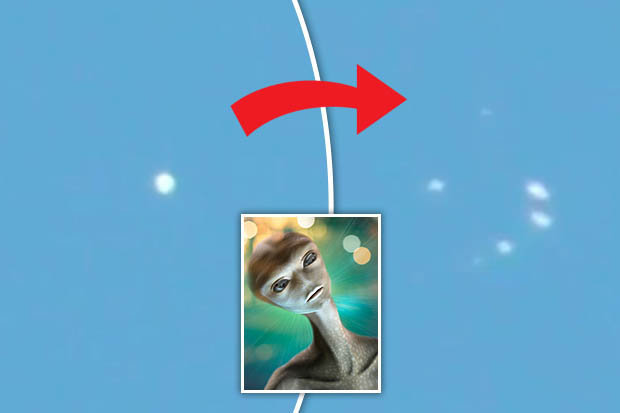 BIZARRE: The UFO appeared to split into six over Mexico

“That really made my jaw drop and I can’t explain this.

“For me it certainly debunks the notion that this is a balloon, a drone, an airliner because none of these things do what this just did.”

More than 34,000 people have watched the clip since it emerged yesterday (February 2).

“I can’t believe how calm the people filming this are,” one user commented. 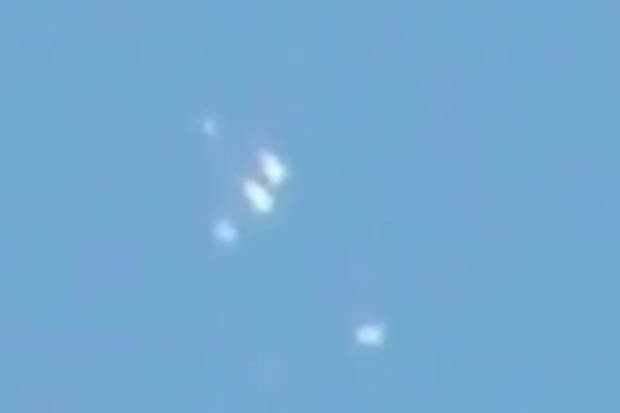 Another viewer suggested: “Meteorite breaking up by the looks.”

It was filmed over Colima, near Mexico – just a few miles from the renowned Colima volcano where several UFOs have been spotted in the past.

One clip appeared to show a spacecraft emerging out of the side of the volcano.

And a glowing UFO was seen flying over it just yesterday.