The video – filmed from inside the jet – shows the wing flying over a snowy terrain at sunset.

It hurtles past the window of the plane – tantalisingly close to the wing. 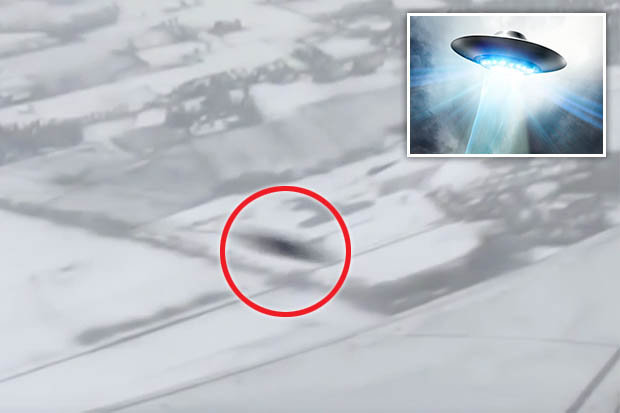 NEAR MISS: A plane dramatically swerved when a strange black object appeared

The footage was accompanied by the caption: “A UFO flies just past a Dutch aircraft, the pilot must swerve to avoid hitting the object.”

While some may suggest the footage is concrete proof of alien life, there could be simple explanations behind the strange sight.

The small black object could easily be a drone – which have been known to cause disruption to flights in the past.

WEIRD: The object could have been a plane or drone

It may also have been a bird or even simply a balloon.

And remarkable video released by the Chilean Navy appeared to show a UFO “leaking gas”.