Prime Minister Theresa May announced that the terror threat in the United Kingdom has been raised from severe to critical.

Another Terror Attack “Imminent” In The United Kingdom

The terror threat level of “critical” means than another attack is considered to be “imminent.”

A major manhunt is under way after an improvised explosive device exploded on a London Underground train, injuring 29 people in what police have called a terrorist incident.

The blast occurred during the morning rush hour at about 8:20 a.m. local time (3:20 a.m. ET) Friday at Parsons Green Tube station, a leafy stop on a busy commuter line from southwest London into the center of the capital. 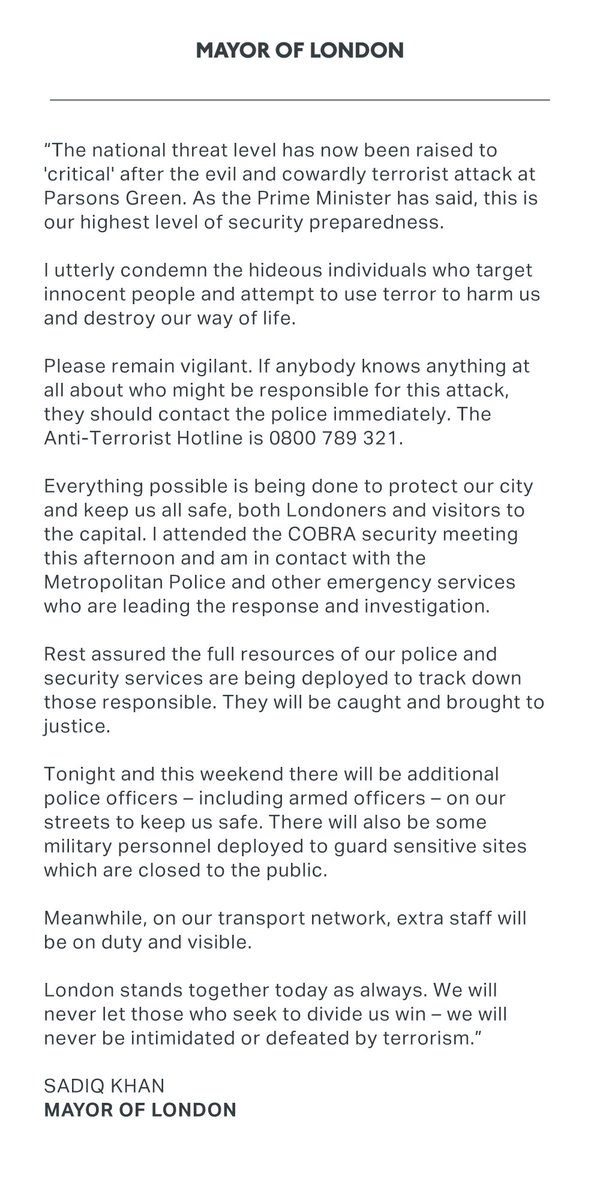