An expert in UFOs has said that the US Navy is behind a top-secret program for detecting unidentified submerged objects, also known as USOs, underneath the ocean.

Chief video analyst for MUFO, Marc D`Antonio, said that he had seen what he thought was an alien spacecraft that was traveling at speeds that were impossible when he was on a US Navy submarine down in the North Atlantic ocean.

He said that he overheard one of the naval officers telling the man operating the sonar to log the unidentified object down as part of the “Fast Mover Programme” as it was traveling several hundred knots. Submarines along with torpedoes go up to 40 knots thanks to the water resistance they encounter.

Marc also runs FX Models, a special effects company that often takes on contracts for the Navy. He said that he had done some work for the Navy and to thank him they had offered him a ride in a submarine, which he accepted. He said that once they had gotten underway, he sat in the sonar station with the operator at his side.

He said that it is loud inside a submarine as while many people think that it is quiet, it is the opposite and there is always the noise of fans and a constant din. Marc said that he had been feeling a little seasick and was trying to zone out when he heard the man on the sonar shout out “fast mover”. He said he was jolted awake and wondered what was happening.

Marc told how the executive officer came out and asked the operator asked him how fast it was traveling to which the sonar operator answered several hundred knots. He was then asked to confirm it and went to another sonar machine, and it was the same answer. The sonar guy asked what he should do, and the officer told him to log it and then dog it. Which Marc said meant to log it then bury it.

Four years later Marc asked a senior naval figure about the “Fast Mover Programme, ” but he said that he could not talk about it. This was confirmation that the program exists. Marc said that he came to realize that USOs were common and the Navy has a program that logs them and determines the speed at which they travel and then puts it in a vault.

The claims of Marc were made at the Wyoming Devils Tower UFO Rendezvous, a place where like-minded UFO fans meet from around the USA at the site of the Close Encounters of the Third Kind rock to talk about anything that is related to aliens and spacecraft. 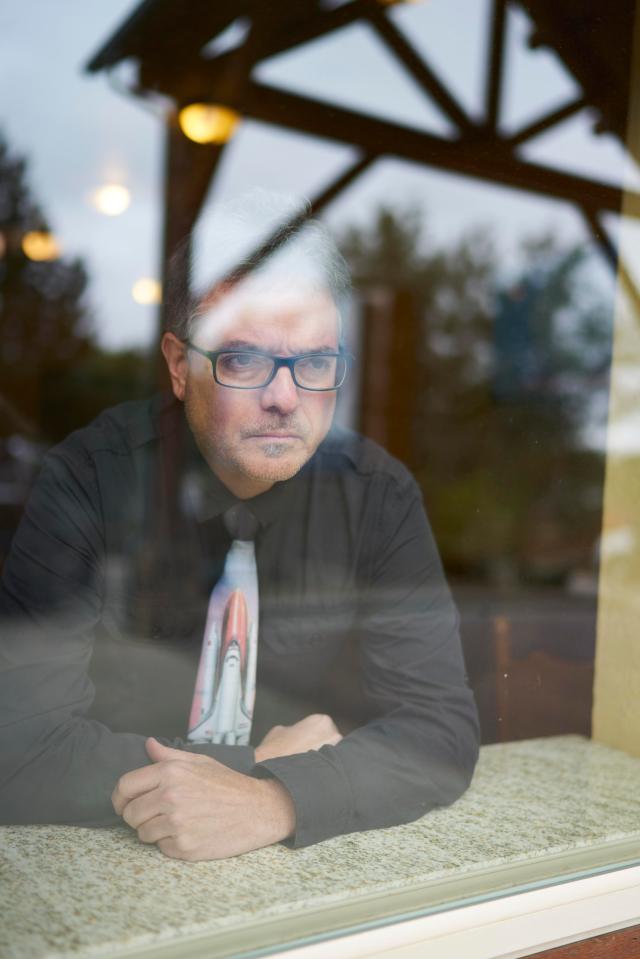 At the moment Marc is working with Douglas Trumbell, the visual effects supervisor from Close Encounters and they are working on a project that they believe will prove scientifically that aliens do exist. The project involves the design of ground units that detect UFOs which they are hoping to put in countries worldwide. At the moment the unit is being tested in the observatory of Marc, and he said that the UFOTOG II system is going to ensure that ufology comes into the 21st century as it brings together standard observation with real science.

He went on to say that the system looks for phenomena in the sky and should it come across something that is not a plane or satellite or any known object within the database it alerts the team by sending a message. Marc went on to say that they would be making any data that is collected available to everyone. He finished by saying that they remain open-minded and that they think that visitation by an alien race that is advanced is not an improbability scientifically.