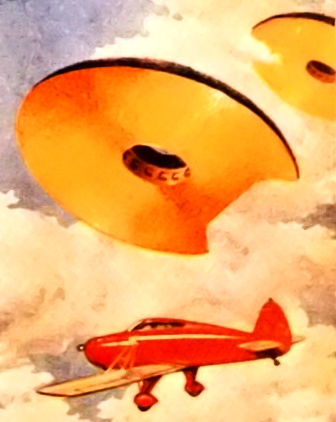 study, centering on the nature of the supposed evidence that has been collected in all these 70 years of UFO phenomenology. These are the views of a sincere investigator of a mystery that seems to play with us, until we realize that we have simply allowed ourselves to be led astray by a number of surrounding circumstances and influences. What seems at first sight absurd, really is illogical, irrational, incoherent … finally inadmissible.

I have prepared an essay on the foundation of what can only be a portent or a chimera: the true level of certainty, proof and conviction, that is, the evidence. And I have asked Indiana University emeritus professor Thomas Bullard to accompany me in this global evaluation of the UFO problem with his own thoughts. We agree for the most part but we also have a degree of disagreement. But we both recognize that advancement and progress in this study will only happen when ideas are confronted in a framework of respect and tolerance.

For bibliography quotation purposes, the formal reference to this article will be as follows:
Ballester Olmos, V.J. & Bullard, T.E. (2017), “The Nature of UFO Evidence: Two Views,”

It is exactly 70 years since the society of the United States was thrilled and shaken by the first report of “flying saucers”. This was the early sighting by Kenneth Arnold on June 24, 1947. It also started a phenomenon ufologists would later call “wave”, a huge avalanche of reports throughout all the nation’s newspapers. It was short-lived and profiled as a sharp Gaussian curve developed over only three weeks: following the initial sighting’s press coverage, news interest ignited, peaked, reached a saturation point and quickly declined. This aftermath triggered two important developments: (1) the stories were disseminated all over the globe, taking on a life of their own in every country, and (2) the Army Air Force (later, USAF) jumped on the matter, beginning to investigate the visions of flying saucers (later, unidentified flying objects or UFOs).

Seven decades of UFO history have provided countless facts and histories, actions and reactions, military and civilian initiatives, Congress and Parliamentary hearings, symposia, scientists and laypersons declarations, and countless UFO-related portrayals in media, cinema, television, publishing and advertisement, daily bombarding and influencing the citizens. Not to mention the millions of supposed UFO reports that emerged from the public and the feedback they yielded. Not to neglect the important effect produced by thousands of UFO proponents all over the globe, people that James Carrion, ex-CEO of MUFON, the top UFO organization in the world, characterized as “self-proclaimed investigators or investigation journalists, whose modus operandi is to perpetuate the mystery, not to solve it”. Seen from a European perspective, this diagnostics is right on target.